Within the framework of the International Forum "Russia - Country of Sports", an agreement was signed with the Ministry of Sports of Tatarstan to hold the Russian Mas-Wrestling Championship in 2022 year in Kazan. This was agreed by the director of the center for national sports Gabriel Mohnachevskiy and President of the All-Russian Mas-Wrestling Federation Mikhail Gulyaev. At the business meeting, the side of Tatarstan was represented by the First Deputy Minister of Sports Khalil Shaikhutdinov. 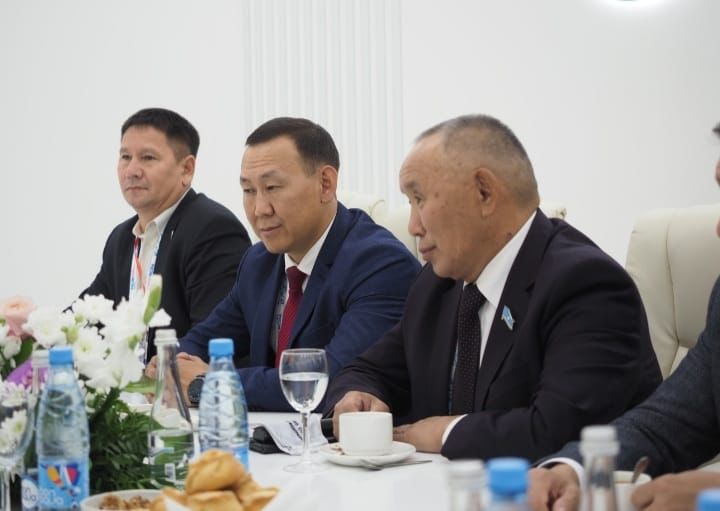 Is planned, that the competition will be held in the first half of May 2022 of the year, and all the strongest mas-wrestlers of Russia will take part in them. As noted during the conclusion of the agreement by Gavril Mokhnachevsky, this championship is a significant event not only for the two republics, but also for all Russian mas-wrestling.

Mas-Wrestling World Cup final postponed from Moscow to Finland, it will take place in December

This decision was made at an extraordinary meeting of the Presidium of the International Mas-Wrestling Federation. If in previous years the first two stages of the World Cup were held in foreign countries, and the final stage was hosted by Moscow, то в этом году из-за ограничений Read more…

According to the Decree of the Head of the Sakha Republic (Yakutia) from 15.10.2021 "On amendments to certain legal acts of the Head of the Republic of Sakha (Yakutia) in SC "Modun" since 25 October, the throughput system is introduced. Посетители комплекса будут предъявлять QR-коды о Read more…

We have started accepting applications for the State Prize named after. DP. Korkina in the field of physical culture and sports

Commission for awarding the State Prize of the Republic of Sakha (Yakutia) named after D.P. Korkina in the field of physical culture and sports, according to the decrees of the Head of the Sakha Republic (Yakutia) from 10 Martha 2015 g. № 356 «Об упорядочении Государственных премий Республики Read more…